The site is located near the center of Moscow, located between two of its radial streets, northwest of the city: Khodynskoye Pole, named for the first time when in 1389 Dmitry Donskoy left it to his son Prince Yury Dmitrievich as legacy. And since then, this place has been the scene of various historical events, the site of Russian art, industry or craft exhibitions, and the first Moscow airfield, which continued in use until 2003. After its closure, it was planned to locate a Museum Aviation, although it was never carried out. Today it is preparing to be a large park, surrounded by majestic residential and service buildings, where the NCCA Moscow will be erected as the main protagonist. The site has two clearly differentiated faces: a front facing the park, and a rear, protected by a large commercial building. Between the park and the site there is a road for vehicular traffic, which physically separates the two.

The volumetry of the building is born / starts from basic geometric shapes, the essence of Russian Suprematism, which solve the problems of the place. It is chosen to place the building on a base that raises it above the initial level, thus achieving more prominence than that provided by the scale of the site on the environment. The slender vertical volume takes the form of a screen in front of the large park, which will interact with the public that surrounds it, serving as an attraction point towards the interior of the building. His skin becomes concave and with his gesture he seems to want to approach the public present in the square. The plaza is the transition element from the exterior to the interior, from the park to the NCCA, the open-air space where different events related to contemporary art can be held, directly related to the interior boulevard that forms the atrium on the ground floor. Behind the large screen are the exhibition rooms that contain the uses with the greatest need for space. These volumes lose the rigidity of their predecessor to conform to the northern limit of the site and generate interstitial spaces that enrich the visit of users.

The big screen, a tribute to the seventh of the arts, attracts all eyes around the park that precedes it, and that is behind it the program of the New Center for Contemporary Art in Moscow, NCCA Moscow. Its square takes us over the road of traffic that limits the site, to enter through the gap that remains under the vertical volume, as if it were a gigantic door, giving way to the bright atrium-boulevard. This is the heart of the building, the starting point that will guide us towards our journey as visitors to the vast exhibition space, as spectators enjoying the auditorium, as attentive attendees in the conference rooms, etc. In short, this is a space for interaction between people and art, in all its wide range. The exhibition rooms and the main auditorium are located in the hidden volumes behind the screen building, and it is this that houses the remaining more public program on its ground floors, to leave the private residential and administration spaces on the upper floors, which They will have independent access from the first floor. 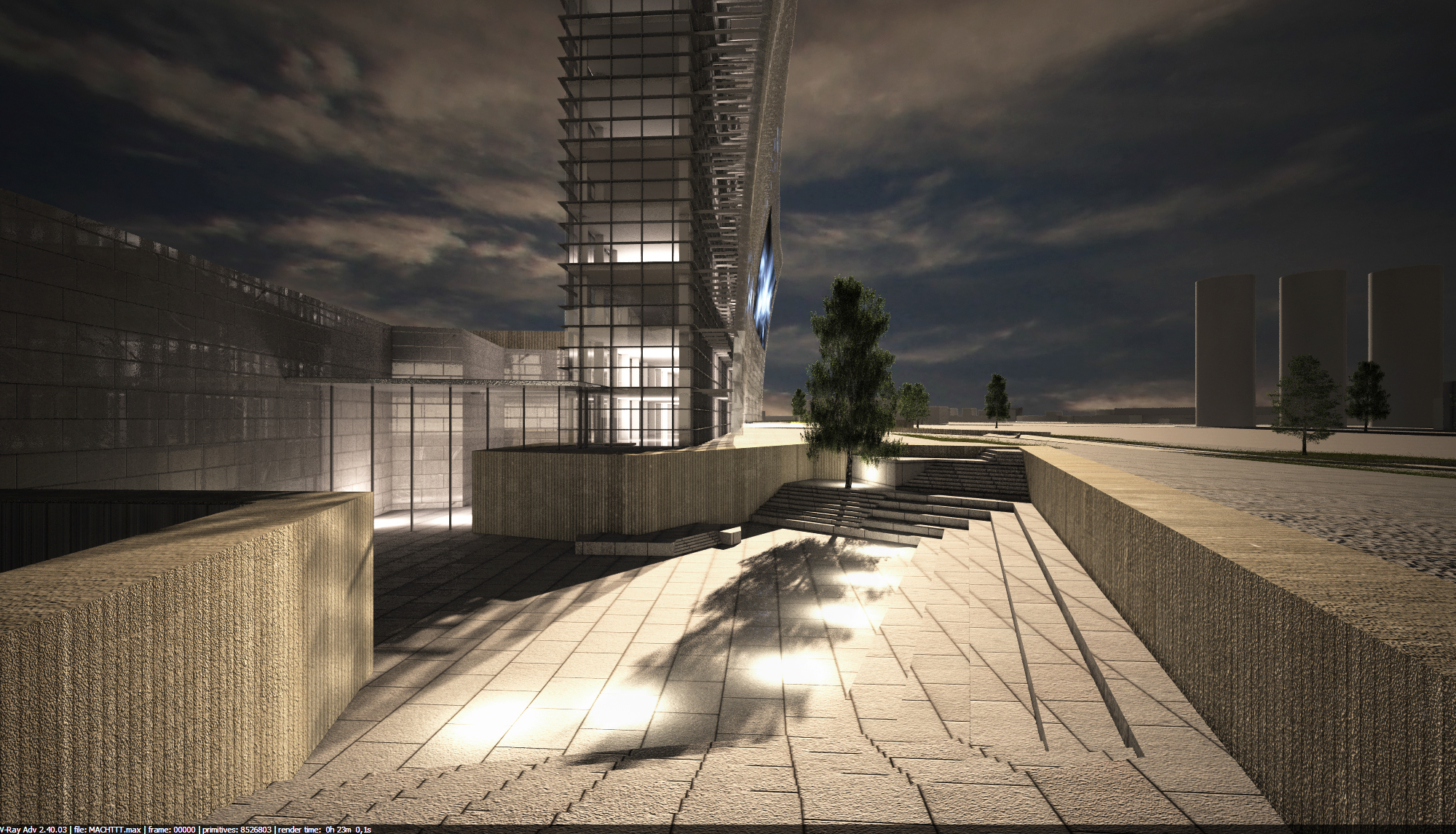 “The big screen, a tribute to the seventh of the arts, attracts all eyes around the park that precedes it, and that is behind it the program of the New Center for Contemporary Art, NCCA Moscow”

More about the project 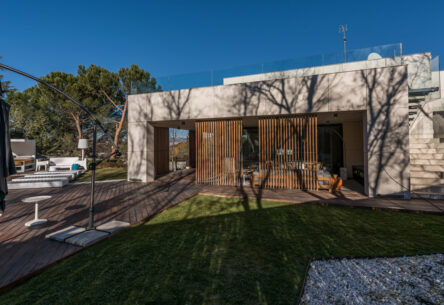 Could we do something for you?